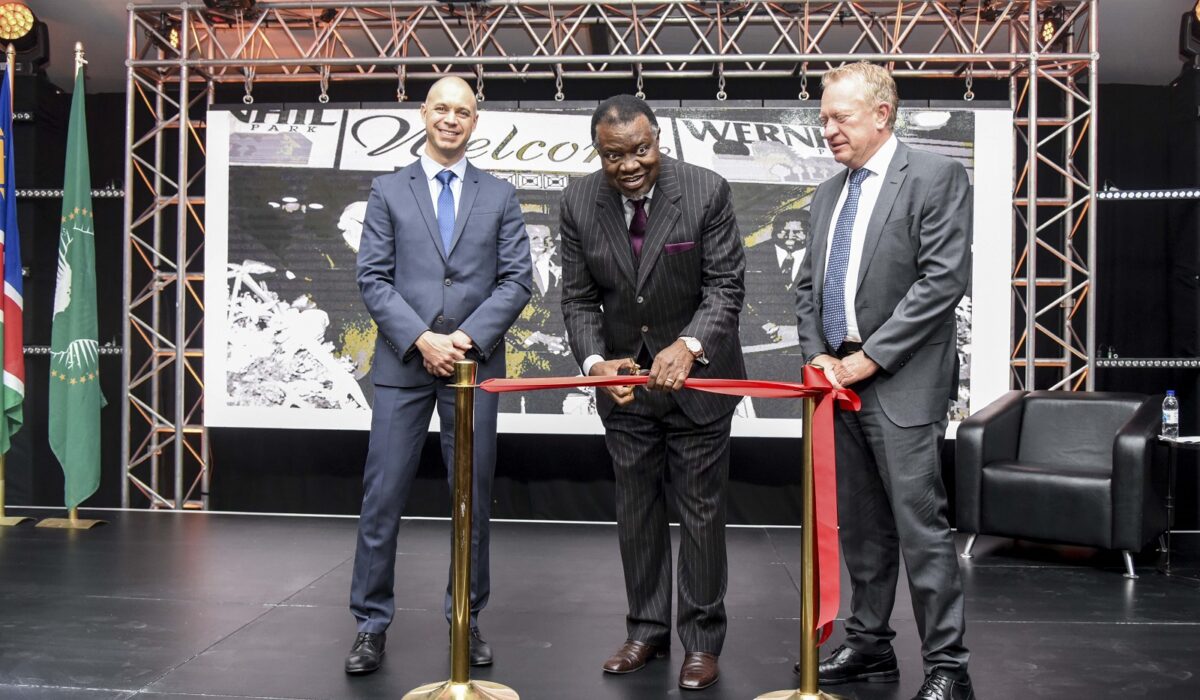 In pursuit of its purpose: “Creating a future, enhancing life”, the Ohlthaver & List (O&L) Group together with its subsidiary, Broll Namibia, proudly celebrated the official opening of the brand new phase of Wernhil Park on 04 June 2019, presided by the President of the Republic of Namibia, Dr. Hage Geingob.

With a total investment of just over half-a-billion Namibian Dollars in Phase 4 of Wernhil Park, O&L has once again proven its commitment and dedication to creating a sustainable Namibian economy and a dignified future for its people. Wernhil Park now offers an even greater variety of choice and more convenient retail experience for the CBD shopper. With an area of over 55 000m² of prime retail space, Wernhil Park’s warm and inviting atmosphere is symbolic of a true Namibian experience. Shopping convenience has significantly been enhanced by the addition of more parking and food offerings; a second public transport facility as well as a fully-fledged medical facility and overall easier pedestrian access into the mall from particularly the southern part of the center.

The newly constructed phase will not only add significant value to the Capital’s city center but also greatly impact the lives of those employed. Broll Namibia Managing Director, Marco Wenk: “I am extremely excited to mention that during construction, 400 – 500 job opportunities were created while at least 600 – 700 permanent positions have been created at the various retail outlets. From an environmental point of view and in line with one of our vision metrics which is to reduce our carbon footprint, I am happy to state that significant focus was placed on ensuring our power and water consumption is kept to a minimum.” Wenk further encourages the public to support environmental sustainability by using water sparingly and keeping the environment clean.

O&L Executive Chairperson, Sven Thieme: “The opening of Wernhil’s fourth extension today is demonstrative of how we can create opportunity by being bold and purposeful. We are so excited to provide our valued customers a world-class retail/shopping experience that gives them choice and convenience. And, we remain committed to keeping the CBD alive by igniting the pulse of the City.” Thieme furthermore expressed his heartfelt gratitude towards the Managing Director of Broll Namibia, Marco Wenk – who will take over the helm as Managing Director of O&L subsidiary, Namibia Breweries Limited (NBL) effective 1 July 2019 – recognizing him for the phenomenal leadership portrayed in contributing not only to the success of the newly constructed phase of Wernhil Park, but to that of Broll Namibia and the O&L Group as a whole.

The President of Namibia, Dr. Hage Geingob:  “Allow me to commend the O&L Group for its continuous efforts, and commitment to the growth of Namibia. Being a player in so many sectors in the country, which includes property development, the fishing industry, retail and hospitality among others, the O&L Group has over the years, and still continue to significantly contribute to the growth of the Namibian economy.” Dr. Geingob further stressed the importance of the contributions of all stakeholders in the success of this project. “Developments such as the one we are celebrating today, needed the commitment from relevant role-players, not only within the O&L Group, but on a larger scale inclusive of government support, local authorities, the construction sector, and the Namibian public at large. And I don’t believe we would have stood here today and witnessed this beautiful result, had the necessary commitment not been in place and executed. WELL DONE, O&L GROUP! WELL DONE, NAMIBIA!”