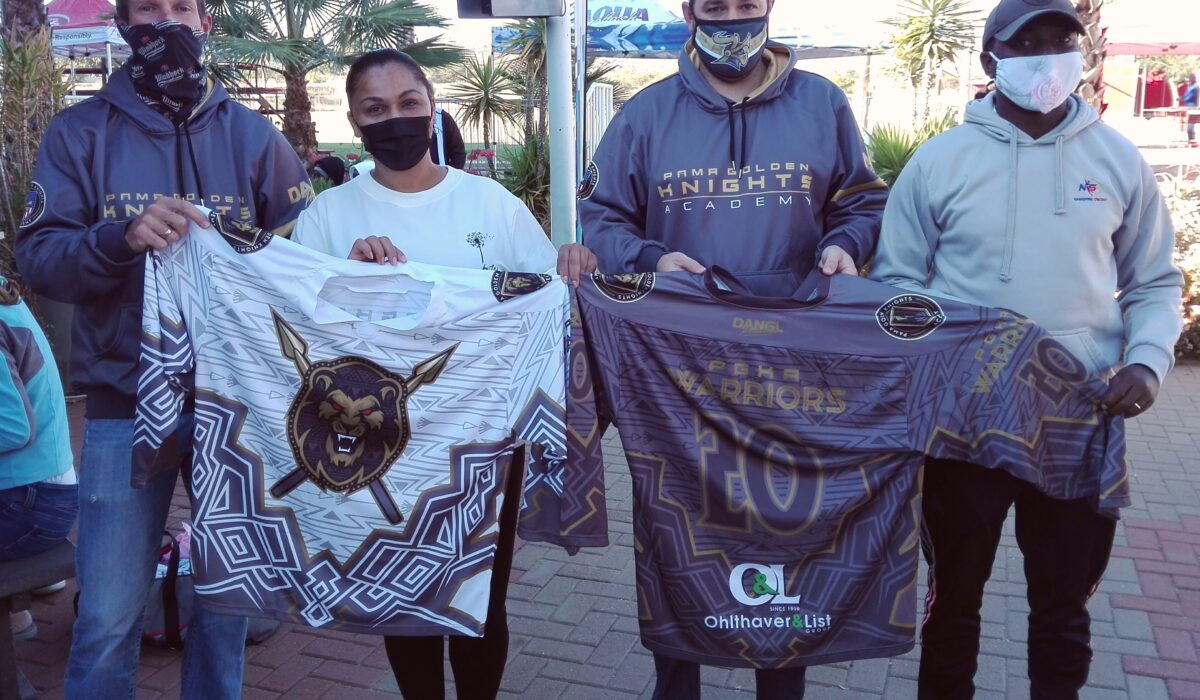 The Ohlthaver & List (O&L) Group and the inline hockey club, Pama Golden Knights Academy (PGKA) Warriors, officially kicked off their partnership with a Neon Roller Disco on 28 May 2021 followed by the O&L Braai and Hockey Clash the following day. Both events took place at DTS Sports Club and were smaller-scale, fun ways to introduce more young people to hockey, with the latter event being opened with the handover of hockey kits sponsored by the Group. Fellow O&L subsidiaries, Pick n Pay Namibia, Namibia Breweries Limited (NBL) and Hartlief also contributed refreshments, food items and prizes towards the day’s fun events.

The PGKA Warriors are dedicated to growing the sport of hockey, prioritising inclusivity in the sport, and using it as a tool for social change. Earlier this month, the club successfully completed their Learn to Skate Programme, taking the sport to children in Ongwediva, Tsumeb and Ondangwa, where some of them skated for the first time. In addition to its branch in Namibia, the club also has a footprint in the United States, Canada, Brazil, Switzerland, England, Hong Kong and India.

Sharing his excitement for the possibilities in store, PGKA Warriors Owner and Head Coach, Dave Hammond, stated, “We are in the business of creating opportunities for our people. Partnering with O&L allows us to simply be better and do better.” Hammond finished off by reciting the PAMA Saying #5: “The Best is yet to come!”

Roux-che Locke, O&L Group Manager: Corporate Communications, expressed her joy in supporting the hockey community, “It is amazing to see the commitment of the coaches and players towards the sport. Sport plays an important role in our Group’s Purpose, “Creating a future, enhancing life”, as it contributes to a healthy lifestyle whilst also being a source of fun and life lessons, both on and off the playing field. We hope we can support the PGKA Warriors gain ground in encouraging others to get involved in the sport, either by supporting the players or by putting on a pair of skates themselves and playing.”