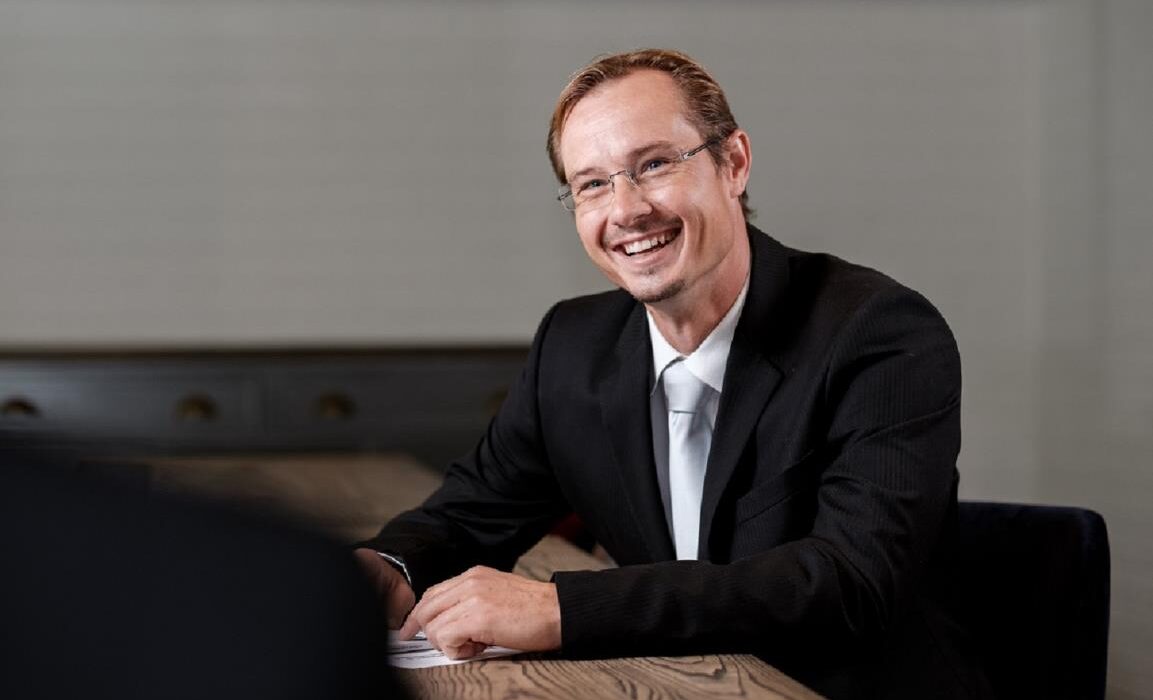 Hartlief, a subsidiary of the Ohlthaver & List (O&L) Group, welcomes Gunther Ling as its new Managing Director (MD), effective as of 1 March 2020. Ling had been serving as MD of fellow O&L subsidiary, Namibia Dairies, for the last seven years. According to Ling, “It is a great honour and privilege to be starting in this new role at Hartlief. It is an old Namibian company, loaded with heritage, so I am very proud and excited to be a part of the Hartlief story. My family has been especially supportive and believe this is a good match for me having grown up on a sheep farm.”

Ling’s career up to this point can be divided between two employers: Deloitte, where he started his auditing career, and the O&L Group which has been his home for the last 13 years. His O&L journey started in the Finance Department of the Group, and later Broll Namibia. Thereafter, he joined Namibia Dairies as the Financial Director before moving into operations which gave him good insight into factory life and manufacturing. Ling then took up the position of Managing Director of Namibia Dairies from 2014 to 2019. Ling: “That was the highlight of my career before being appointed at Hartlief. In fact, Namibia Dairies provided the platform for me to grow into this position at Hartlief.”

During his years at Namibia Dairies, Ling became well acquainted with the company’s processes, people, and setups. He was similarly tasked with overseeing Windhoek Schlachterei, also a subsidiary of O&L, which is fully integrated into Namibia Dairies. According to Ling, “Being familiar with the Windhoek Schlachterei business will assist me in my new role, because Schlachterei is being integrated into Hartlief. Moving forward, there will also be more interaction between Hartlief and Namibia Dairies, with the latter assisting with the sales and distribution of meat. Having connections with both sides makes my role in coordination easier. I often see these companies as one, because there are strong relationships and synergies between them. Whenever there are synergies like these, it feels like a 1+1=3 situation. There is huge potential with Hartlief and Schlachterei working together, because Namibia is a meat country with the expertise to produce high quality meat.”

Ling also looks forward to expanding Hartlief’s foothold in South Africa and having their processed meat products reach consumers in neighbouring countries like Zambia, Zimbabwe, Angola and even as far as the Democratic Republic of Congo (DRC). “We have an organised industry and good logistics systems which enable us to reach those countries. Nothing happens overnight, but it is a dream that comes with a lot of hope and excitement. “With all the plans to advance Hartlief, people will always be at the heart of everything we do – in line with O&L’s value of growing people. Both O&L and Hartlief have unique stories, rich with history and heritage and it is important not to lose that. Instead, their stories should be combined through thoughtful cultural integration which needs to happen naturally. Hartlief has a great team of people who will effortlessly adopt the O&L values. Another member of the O&L family, Namibia Breweries Limited, will be celebrating its centenary this year. Hartlief has been in business for 74 years and with Windhoek Schlachterei’s 47 years of experience, I don’t see why anything should stand in the way of Hartlief similarly reaching 100 years.”

Moving to Hartlief, the thing that Ling will miss the most about Namibia Dairies is the people. Ling: “During my seven years at Namibia Dairies, colleagues became friends and those will be lasting relationships. My colleagues who also had career moves in the Group all found themselves in unfamiliar territory, but had the opportunity to learn, grow and gain new relationships. A big career move is not easy – no one ever said it would be – but it feels relatively easier for me, because I am still in O&L family with the O&L values that have guided me over the years. It is a change but not really; I am essentially just changing offices.

“Hartlief is a well-established brand with amazing people, facilities and products, and a great story to tell. I respect what has been done at Hartlief and just want to continue what has been built by the people before me.”