Dr. Hage Geingob Cup gives back for another year 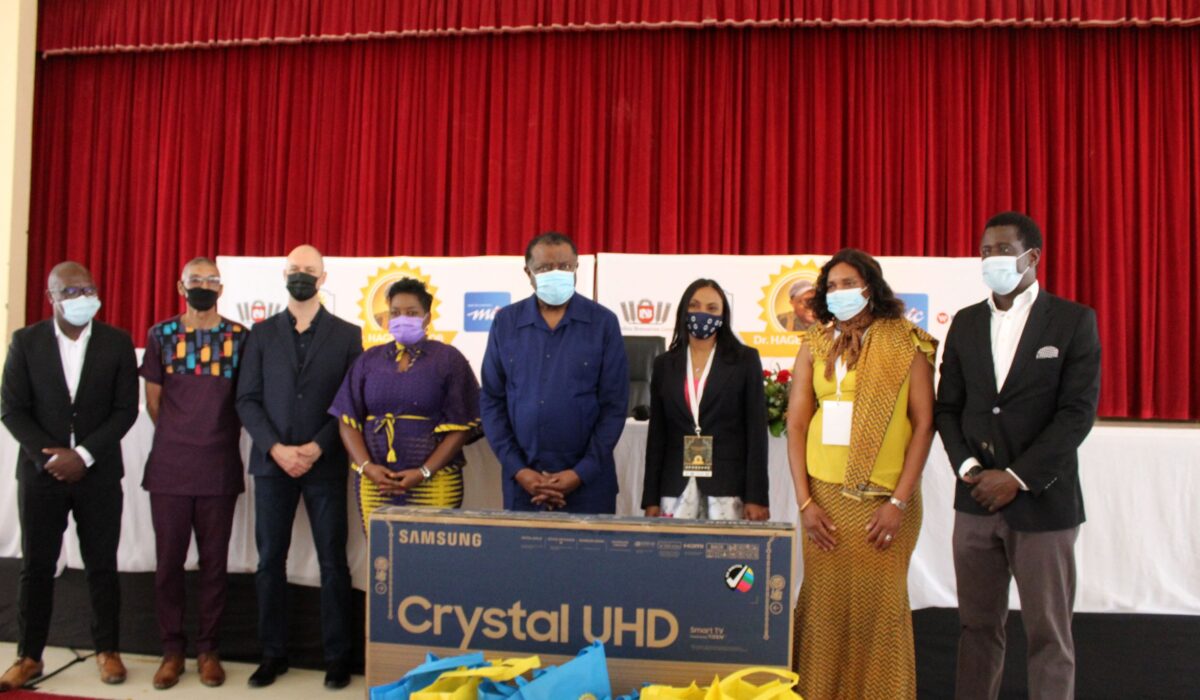 On 27 October 2021, the 2021 edition of the Dr. Hage Geingob Cup was officially launched in Windhoek. Traditionally taking the form of a football tournament, last year’s Cup saw football activities cancelled, primarily due to the COVID-19 pandemic, and event sponsors instead directing their funds towards donations to vulnerable communities across the country. This year, the Cup adopted the same approach with a total of N$ 3.45 million going towards those in need.

Last year’s Cup specifically extended support to maternity shelters and old age homes around Namibia. The 2021 edition will contribute towards Namibian orphanages and three maternity waiting shelters that are still due to receive donations that were pledged last year.

President Hage Geingob was present at the launch alongside representatives from the Cup’s main sponsors, MTC, Namibia Breweries Limited (NBL), a subsidiary of the Ohlthaver & List (O&L) Group, and Bank Windhoek, which each contributed N$ 1.6 million, N$ 1.5 million and N$ 350,000 respectively. Namibia Children’s Home, one of this year’s recipients, was also represented by its Principal, Helen Siamwanda.

Each of the maternity shelters will receive a television including brackets, a microwave, as well as sanitiser, face masks and toiletries. The 23 selected orphanages, which care for a total of 1007 children, will receive food items, toiletries, games, Christmas trees, and a television each.

Marco Wenk, NBL Managing Director (MD), stated at the launch that the company’s participation in the initiative was a true example of their O&L Group Vision of “being a catalyst for positive change, creating new realities and fulfilling dreams” and thanked all those who lent their support. Wenk: “We thank all the partners and sponsors who have joined hands to make this edition of the Dr. Hage Geingob Cup a purposeful endeavour. As we have learnt during the pandemic, the united efforts of many can make the greatest differences and it is through partnerships like these that we are able to touch more lives than we could on our own. As we continue to work through increasingly challenging times as a nation, it is ever more important for us to support one another so we grow stronger together.

I would thus like to thank all those who have committed to doing so through their involvement in this noble initiative.”